‘Star Wars’ and ‘The Mandalorian’ make Disney+ worth it…

Disney+ has a ton of things to watch based on its vast library alone, but if you’re interested in something that’s actually original, your options are pretty slim. Just like Apple TV+, most of the new content on Disney+, like The World According to Jeff Goldblum, is watchable but not exactly exceptional. That’s not the case for The Mandalorian though. It’s the first live-action Star Wars show, and it brings with it all of the action, wonder and visual splendor you’ve come to expect from the films.

E-commerce can become a driver of growth across South Asia: World Bank report

Apple AirPods Do It Again This Holiday Season, Selling Out Fast 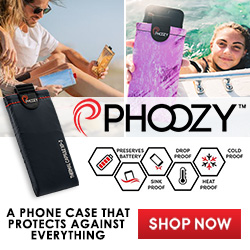 10 Products That Prove The Future Is HERE!

10 Cool Gadgets For Your Bicycle