Next Apple Generation of MAC is here

Welcome to the future of MAC. They’re here folks and supercharged by the Apple M1 chip.

The thinnest, lightest notebook, completely transformed by the Apple M1 chip. CPU speeds up to 3.5x faster. GPU speeds up to 5x faster. It’s the most advanced Neural Engine for up to 9x faster machine learning. The longest battery life ever in a MacBook Air. The design is silent and fanless. This much power has never been this ready to go.

The Apple M1 chip gives the 13‑inch MacBook Pro speed and power beyond belief. With up to 2.8x CPU performance. Up to 5x the graphics speed. Our most advanced Neural Engine for up to 11x faster machine learning. And up to 20 hours of battery life — the longest of any Mac ever. It’s Apple’s most popular pro notebook, taken to a whole new level.

The Apple M1 chip takes our most versatile, do-it-all desktop into another dimension. With up to 3x faster CPU performance. Up to 6x faster graphics. And our most advanced Neural Engine for up to 15x faster machine learning. Get ready to work, play, and create on Mac mini with speed and power beyond anything you ever imagined.

Learn about the New Apple M1, the Three MACS and its details and cost that are NOW available in Apple Stores and online.

Apple AirPods Do It Again This Holiday Season, Selling Out Fast

What The World Will Look Like In 50 Years, According To Tech Experts

How artificial intelligence will change your world in 2019, for better or worse 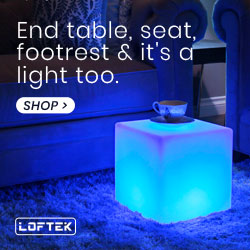 Best laptop gifts you can buy for 2019

What is the Smallest Bluetooth Speaker?